The Culling of Man: A LitRPG Apocalypse (Peril’s Prodigy, Book 1)

Garath was a gamer that spent his time adventuring in magical worlds behind a keyboard. He was exploring one of those very worlds when the planet that he actually inhabited became suddenly, and drastically more interesting. 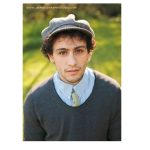 Craig Kobayashi spends most of his time in front of his computer. If you peeked into his basement when he was younger, the monitor would have displayed deckard Cain identifying magical items or a horde vs alliance game of capture the flag in Warsong Gulch. If you looked through the window of his anime-adorned home office now (not recommended), you would probably find him tapping away at his analog keyboard with a little black cat on his lap and a stinky black labradoodle at his feet.

Reading epic fantasy and science fiction from the likes of David Eddings and Orson Scott Card has always been another of Craig's passions. It wasn't until he turned 30 that Craig managed to rank up his attention span to Rank 1 (average human standard) and used that newfound average-ness to start writing books. His debut series, Peril's Prodigy, is an apocalyptic litrpg that, if you ask Craig, is pretty gosh darn cool.

Unfortunately for him, the competition is pretty steep for the title of being Craig's #1 fan. He would like to claim that title for himself, but his beautiful lore keeper and wife, Tabitha, stays in contention with their dog, Bill - leaving Craig fighting for third place with the cat, Cat.

He will be publishing not only the remainder of the Peril's Prodigy series that follows Garath and The Band of the Hawk in the Pacific Northwest, but also a collection of short stories in the same world that cover globally important events - and some silliness that didn't make it into the main series.

The Culling of Man: A LitRPG Apocalypse (Peril’s Prodigy, Book 1)
Craig Kobayashi (Author)
Michael Norman Johnson (Narrator)
I’ll bet you’ve never listened to anything like the final boss at the end of this 24-hour LitRPG apocalypse.

Garath was a gamer that spent his time adventuring in magical worlds behind a keyboard. He was exploring one of those very worlds when the planet that he actually inhabited became suddenly, and drastically more interesting.

The ability to shapeshift into a house cat or summon a demon to serve him were things that were only possible in video games and epic fantasy novels, until they weren’t. He may not have had the luxury of a controller or mouse to explore his new abilities, but Garath’s dream came true when Earth was fundamentally altered. More akin now to the RPG games that he loved so much than the 9-5 grind he’d woken up to that morning. He’s a quick study, though, and learns quickly that this new Earth isn’t just fun and games.

The tutorial kills everybody.

Well not everybody. Almost everybody. Garath and a motley crew of friends and neighbors band together to survive. They are forced to work together using their new abilities to hold off the increasingly deadly waves of monsters.

The Peril’s Prodigy series features 30 unique Classes, a human racial ability to shapeshift, character leveling, some things you really just can’t un-hear, and a look into the future of this new Earth. It will make you laugh. It will make you cringe. And if you’re anything like Garath, it’ll make you wonder where in the hell on this new video game Earth were all the god damn hot elves?

***Full disclosure: This is not a harem novel. There are no hot elves.