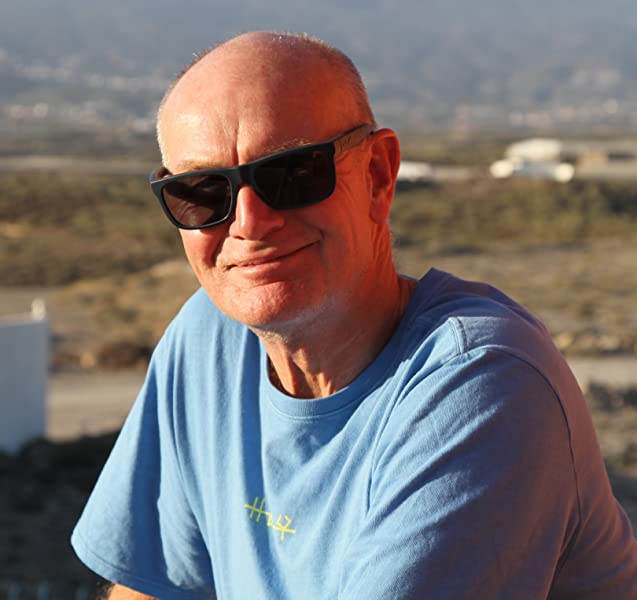 Growing up in London in the 1960s, Richard studied, experimented with sex, drugs & rock ‘n roll, and grew his hair. By the mid-1970s he had a degree in philosophy and creative writing, his hair had reached its zenith, and he was playing keyboards in jazz, rock, and soul bands.
For the next thirty years, he composed music for TV and radio, working at the BBC’s renowned Radiophonic Workshop, before going freelance. While at the BBC, he won two Sony Awards for ‘the Most Creative Use of Radio’.
In 2007 he downshifted to Tenerife to focus on writing. His first two books were co-authored with his wife: NOBODY’S POODLE (2013), a short novel written from the perspective of their rescue dog, and SOMEBODY’S DOODLE (2016), a canine cozy mystery.